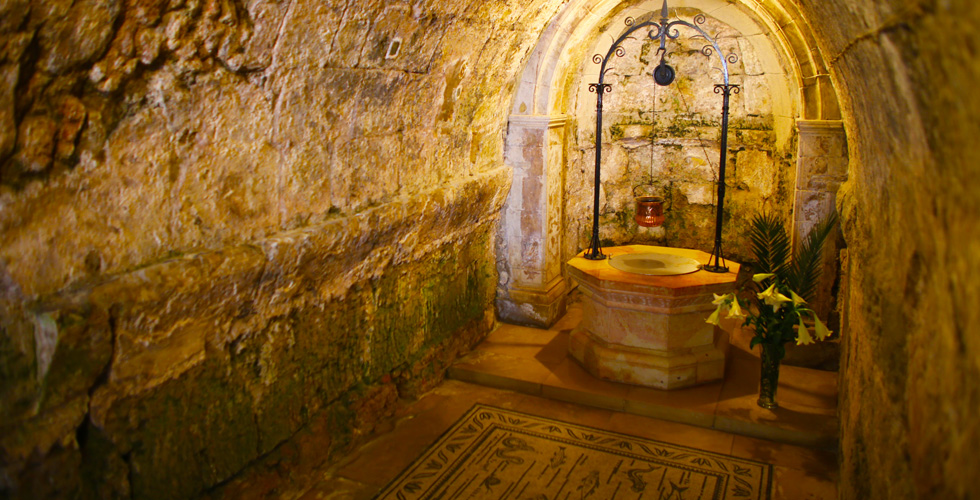 This church commemorates when Mary, the mother of Jesus, visited Elizabeth, mother of John the Baptist

The Church of the Visitation is a Catholic shrine in Ein Karem, in the district of Jerusalem. Located on a rocky hillside and surrounded by cypress trees, the church honors the visit, according to the New Testament. This church commemorates when Mary, the mother of Jesus, visited Elizabeth, mother of John the Baptist. The village of Ein Karem has been long associated with John the Baptist, since according to the legend, it was here where he was born.

Traditionally considered the place where Mary recited the song of praise, the Magnificat, one of the oldest hymns in Christianity. The church is beautifully decorated and the interior garden, in ceramic plates, the Magnificat is transcribed in more than 50 languages.

Today, the Church of Visitation is a sub-province of the Franciscan order administered by the Order of Friars Minor, in charge of the reception of pilgrims from all over the world, assisting in the maintenance of structures and archaeological research.

Luke 1: 39-45 – Mary Visits Elizabeth
39 Now Mary arose in those days and went into the hill country with haste, to a city of Judah, 40 and entered the house of Zacharias and greeted Elizabeth.41 And it happened, when Elizabeth heard the greeting of Mary, that the babe leaped in her womb; and Elizabeth was filled with the Holy Spirit. 42 Then she spoke out with a loud voice and said, “Blessed are you among women, and blessed is the fruit of your womb! 43 But why is this granted to me, that the mother of my Lord should come to me? 44 For indeed, as soon as the voice of your greeting sounded in my ears, the babe leaped in my womb for joy. 45 Blessed is she who believed, for there will be a fulfillment of those things which were told her from the Lord.”

Luke 1:46-55 Mary’s Song of Praise: The Magnificat
46 And Mary said,
“My soul magnifies the Lord,
47 and my spirit rejoices in God my Savior,
48 for he has looked on the humble estate of his servant.
For behold, from now on all generations will call me blessed;
49 for he who is mighty has done great things for me,
and holy is his name.
50 And his mercy is for those who fear him
from generation to generation.
51 He has shown strength with his arm;
he has scattered the proud in the thoughts of their hearts;
52 he has brought down the mighty from their thrones
and exalted those of humble estate;
53 he has filled the hungry with good things,
and the rich he has sent away empty.
54 He has helped his servant Israel,
in remembrance of his mercy,
55 as he spoke to our fathers,
to Abraham and to his offspring forever.”