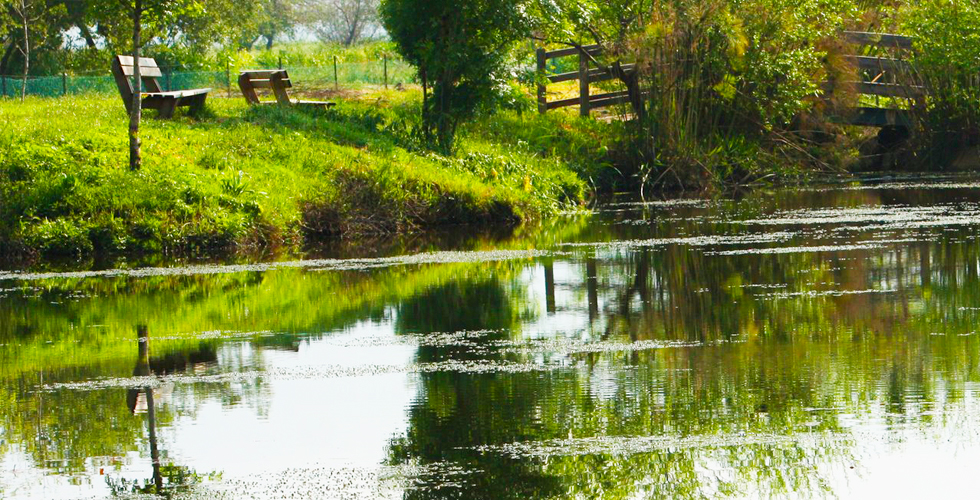 The Hula Valley is a place of miracles and wonders

The Hula Valley is a place of miracles and wonders. Heroic people, working closely with mother nature have turned the area into a valley full of lush vegetation and beauty.

Until the 1950s, large parts of the Hula valley were covered by the Hula Lake and its adjacent swamps. They eventually drained the swamps which encouraged the settlement of the area and sought large tracts of abundant land. The central areas of the lake were consecrated to a nature reserve where fauna and flora characteristics of the area could live. Visitors to the Hula Valley can see the plants and animals indigenous to the region, as well as migratory birds. In the visitor center you will see films and audiovisual presentations.

In the early 1990s, one of the areas of the valley became a flood due to heavy rains. It was decided to develop the surrounding area and leave the area as it was. The new enclave Hahula Agmon, has become the second home to thousands of migratory birds that cross the region in autumn and spring, as well as the home of many native birds. Therefore, this place is popular with birders from Israel and abroad. Agmon Hahula has walking trails, observation points, and telescopes for observing the thousands of birds that live here. Visitors can also join one of the guided tours in which explanations on birds that inhabit the Hula Valley are offered.

Water is extremely abundant in the valley, watered by streams of the large northern rivers like Dan, the Snir, Hermon and the Jordan. By the abundance of water, the region is green and flowery, and contains several nature reserves such as HaTanur, Tel Dan and Banias. In addition, the region has parks like Tal Hurshat.

There are many kibbutzim and moshavim in the Hula Valley, plus the city of Kiryat Shmona. It has become one of the most popular tourist regions of Israel, offering activities throughout the year. You can choose from a wide variety of guesthouses, lodgings, luxury hotels and lodges. There are also dozens of archaeological sites such as Tel Hatzor, tourist attractions such as the Museum of Photography at Tel Hai, historical sites such as Tel Hai resort, and entertainment for families with children, as the Manara Cliffs and a cable car!