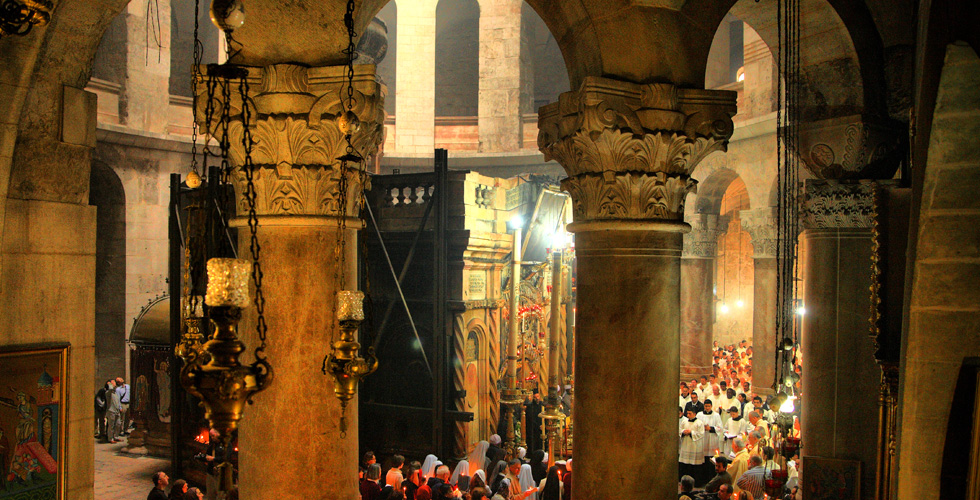 Church of the Holy Sepulcher

This is the exact spot where the crucifixion, burial and resurrection of Christ is believed to have happened

Info: Church of the Holy Sepulcher

The Church of the Holy Sepulcher is a religious sanctuary for Christianity, located in the city of Jerusalem. It is under the custody of different Christian denominations, including Catholics, Armenian Orthodox and Orthodox.

This is the exact spot where the crucifixion, burial and resurrection of Christ is believed to have happened based on the Gospels.

The Church of the Holy Sepulcher is also known as the Church of the Resurrection. It is one of the holiest centers of Christianity and has been an important center of pilgrimage since the 4th century.

Undoubtedly the most celebrated and controversial of the churches, the Holy Sepulchre contains the traditional sites of the crucifixion and resurrection of Jesus under one roof.

This place was discovered in the corner of the Western Forum of the city Aelia Capitolina, from the time of Hadrian, by Queen Helena, mother of Constantine, who brought down the temple and built a large Basilica dedicated to Easter day on the year 326.

The church was partially rebuilt in the next century by Justinian, and remained intact until 1009, when the eccentric caliph Hakim destroyed it almost entirely. It was partially repaired by a monk named Robert, but when the Crusaders arrived in the city around the year 1099, the church was rebuilt only half its original size, and it has survived to this day.

Mark 15:43
Joseph of Arimathea, a prominent member of the Council, who was himself waiting for the kingdom of God, went boldly to Pilate and asked for Jesus’ body.

Church of the Holy Sepulcher Photos