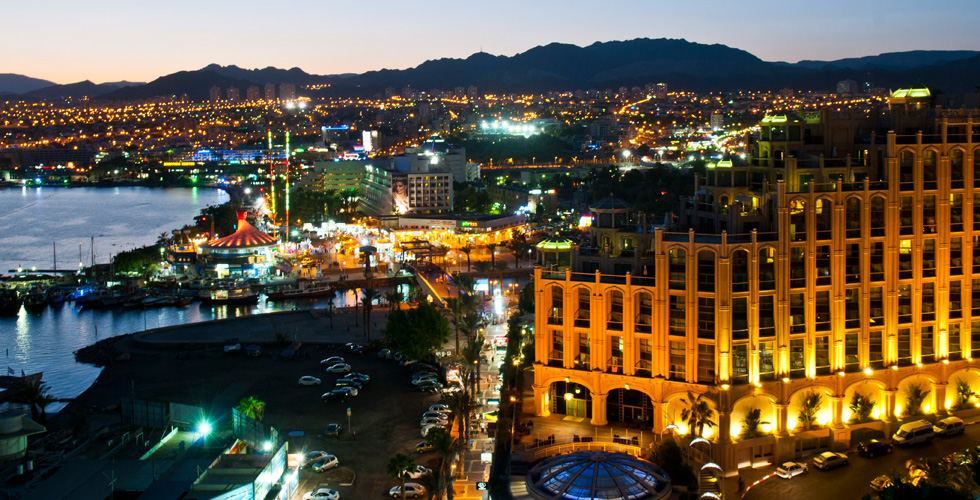 You will love the combination of the warm weather, tropical sea and the rugged mountainous landscape
Go Back

Because of its location along the coast, Eilat had a  strategic role and importance as a port city from the days of King Solomon. In the early 1950s the city built a pier, which later became a port and the economic pillar of the city.

The Ben-Gurion International Airport is located between Tel Aviv and Jerusalem about 20 km from Tel Aviv and 45 km from Jerusalem.

Israel is a small country, and therefore it is easy to go from one place to another in a relatively short time. Public transport is comfortable, and allows you to reach almost any destination for a reasonable price.

There are exchange offices throughout the city, most do not charge to exchange. Banks sometimes charge a commission. At the airport the exchange office is open 24 hours a day. Of course there are many ATMs in Eilat to withdraw money and can pay in most places with a major credit card.

Eilat is much safer than most major big cities in the world. The homicide rate in Israel is 2.1 per 100,000 people compared to 5.0 in the US.